What the papers said in the week ending July 2nd 2022

The first publication of findings from the 2021 National Census show that, despite the ravages of Covid-19 and several other factors affecting health and longevity, the population of England and Wales has risen since 2011. The number of older people has risen most markedly. Distribution by age groups across the geography of the land is patchy – with increasing emphasis on older people in Richmondshire and parts of Staffordshire. These changes have implications for person experience, the economy and services, including the faith communities. England and Wales population hits record as over-65s overtake under-15s | Census | The Guardian

‘I’m one of the lucky ones, I’m financially OK’: welcome to ageing Britain, where pensioners outnumber children | Older people | The Guardian

We will celebrate the second world day of Grand parenting July 24th  2022 World Day for Grandparents and the Elderly – ROMAN CATHOLIC DIOCESE OF CALGARY (catholicyyc.ca)

Age and time since the offences are not seen as defence for Josef Schutz Former Nazi camp guard, 101, convicted of complicity in murders | Germany | The Guardian

The situation of older people in the cost of living crisis is subject to differing interpretations – and the experience varies with personal circumstances: How pensioners have been left in dire straits | State pensions | The Guardian

Meanwhile – the predictions of the benefits yielded by standing on one leg continue to exercise people and humour: Close your eyes and try to stay grounded | Ageing | The Guardian

The fighting in Ukraine continues with Russian aggression being matched by appeals from Ukraine for more arms: ‘I thought the bombings were over’: war returns to Kyiv | Ukraine | The Guardian

Attempts to understand the origins of this conflict have made reference to the First World War, but Sir Christopher Clark thinks this does not work- he looks further back in Russia’s history: Don’t compare Ukraine invasion to first world war, says ‘Sleepwalkers’ historian | Ukraine | The Guardian

The Sleepwalkers by Christopher Clark – review | History books | The Guardian

But the ability of our health services to respond to current needs is questioned: Falling NHS continuity of care poses ‘existential threat’ to patient safety | GPs | The Guardian

Covid has not gone away: UK Covid levels rise 30% in a week to estimated 2.3m cases | Coronavirus | The Guardian

Discontent amongst senior professionals might be better focussed on improving the services, rather than personal income: UK doctors demand pay rise of up to 30% over five years | Doctors | The Guardian

Gimmicks should not detract from the core problems: High-street blood pressure checks promised in NHS England shake-up | NHS | The Guardian

Social Care is in difficulties quite as severe as Health Care: Inflation could push English councils into bankruptcy, say leaders | Local government | The Guardian

Irreplaceable art work was almost swept away when George Western died and his house subjected to a clearance. Rescued by a neighbour who knew its value: ‘This was properly amazing work’: the artist’s life’s work found in a skip | Art | The Guardian

Moves to conduct most business, including that concerned with health and care, using computerised internet systems are seen to be divisive – and are preferentially disadvantageous and hazardous to older people and the less well-off: Digitalisation of services and money is creating a two-tier society | Letters | The Guardian

A TV series took us back to the miners’ strike to see its influence on lives in years that have followed: Sherwood resonates with its portrayal of divide and rule | Television | The Guardian

I wrote Sherwood as a warning. When communities are divided, the pain endures | James Graham | The Guardian 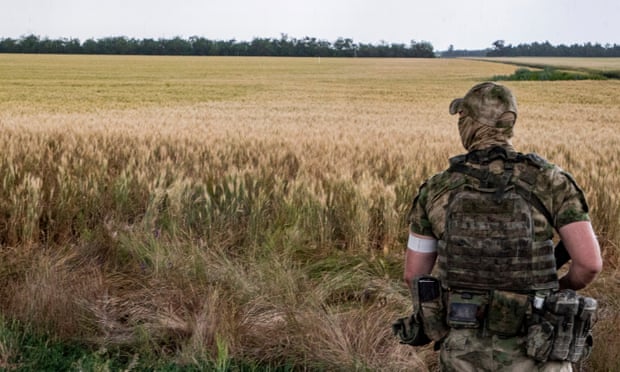