Christian Council on Ageing (CCOA) is a registered charity governed by a constitution.  It is a membership association.  Currently, there are around two hundred members.  It has adopted the working title CHRISTIANS ON AGEING for most everyday purposes of communication, description and publicity.

How is Christians on Ageing run?

The Council is the formal name given to all the members but it is usually called  Christians on Ageing or CCOA. 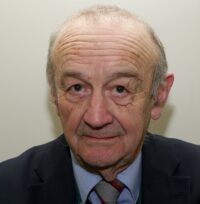 ureen Murphy joined the committee in 2006 when elected as Treasurer.  She had wide experience of charity finance from her eighteen years as the Bursar General of her Religious Congregation, the Franciscan Missionaries of St Joseph, which works in the UK, Ireland, the Netherlands, Ecuador, USA, Kenya and Uganda.  Maureen is now Congregation Leader and travels widely to visit the Sisters.  She has written a couple of our publications.  Maureen has a particular interest in the Congregation’s older Sisters in the Order’s two care homes.  She is also an official prison visitor and is involved in furthering our work with older prisoners.

Gerry Burke, appointed as a member of the committee in April 2022 for a limited period, to ensure continuity in the management of the website and newsletter.  This follows membership of the committee since 2010; from 2012 to 2018 he was the elected Chair,  followed  by two years as Acting Chair.  Worked for Age Concern (now Age UK) for nearly thirty years following  earlier ministry in the Roman Catholic Church.  Author of ‘Spirituality: Roots and Routes’, a reflection on the practice of spiritual care in a secular charity, and a CCOA booklet on ‘Dying and Death’.

Revd Dr Joseph Cortis became a member of the Executive in 2020, He has a 40 year background in Adult and Mental Heath Nursing in a variety of roles and clinical settings. For 25 years he occupied a number of different academic and managerial roles at the School of Healthcare University of Leeds until 2015. His research interests and publications focus on diversity, equal opportunities and issues relating to minority ethnic groups. He was ordained a permanent deacon for the Catholic Diocese of Leeds in 2010 and based at the Cathedral parish in Leeds. Since 2016 he has been the founder and co-ordinator of Caritas Leeds:  www.dioceseofleeds.org.uk/caritas/  and led on a number of initiatives such as looking at the criminal justice system and set up groups to focus on dementia and disabilities.

Marion Shoard has been a member of the committee since 2019. She often chairs or participates in Christians on Ageing’s Conference Call and writes articles for its journal plus on a range of matters including the Churches’ support for family carers, isolated older people at home, those who face digital exclusion, and older and disabled people living in care homes.  Marion’s books include A Survival Guide to Later Life (2004) and her 1000+-page How to Handle Later Life (2017), described as “unique, essential and considerate” by the London Evening Standard. There is information about her publications and activities at www.marionshoard.co.uk.

Barbara Stephens has been involved with organisations supporting people living with dementia and family     carers for more than 30 years. She is CEO of Dementia Pathfinders CIC and part of a ‘Provider Collaborative’   delivering a community-based dementia support service in Sandwell, West Midlands. Barbara joined the   Executive Committee of ‘Christians on Ageing’ in 2021 and has taken on the roles of Honorary Secretary and   Editor of the Dementia Network Newsletter

Joanna Walker    Biography to be supplied.  She has taken on responsibility as editor of plus magazine

There are vacancies on the Committee which may be filled by the Executive.

Who are the Patrons?

The Patrons are leaders of the Christian Churches who have kindly agreed to support the work of Christians on Ageing.  They do not take part in the day-to-day management of the organisation but are kept informed of activities and developments.  The current Patrons are:

Christians on Ageing is a voluntary, national, ecumenical member-based organization which