Co-operative FuneralCare has recently publicised the growing popularity of no-frills cremations: no ceremony, no mourners, low cost.  It cites the growing popularity of events celebrating the life of a dead person being held at a time and place unconnected with the funeral.  It suggests that this will provide an alternative to traditional religious and secular funeral ceremonies.  It also refers to the significant saving in costs compared to standard funerals.  It has now published (August 2018) the results of a wide-ranging national survey into how death is dealt with in modern Britain.

Read what Christians on Ageing has said about this survey in our  Comment & Opinion pages.

CHRISTIANS ON AGEING thinks that people are entitled to decide whatever type of funeral they wish for themselves, a family member or a friend.  It would, however – and certainly for a Christian – be a radical departure from two thousand years and more of tradition if the practice of gathering to honour and remember the dead and to commend them to God’s mercy were to be abandoned on the grounds, for example, of cost or the convenience of mourners. 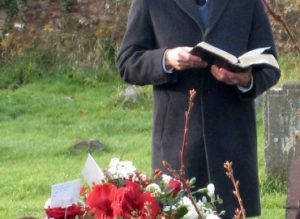 The Christian Churches offer a very wide range of ways in which funerals can be conducted; the payment to the church or the minister is very small compared to other charges and, often, can be waived.  Many ministers go to great lengths to encourage bereaved family and friends to seek modesty of expenditure at a time when they can be vulnerable to the hidden pressure of equating spending more with loving more.

Much has been written in the last decade or two about the change in attitudes towards dying and death in our society.  It has been noted that there seems to be an underlying reluctance to accept the inevitability of death in older age and, when death occurs, to make its presence as invisible as possible.

This, now, seems to have reached the moments of farewell.  As well as expressing no wish to view the dead body, even dressed-up in a coffin, some people are willing to leave the ‘last offices’ – simply, the preparation of the body and its dispatch to the furnace – to paid professionals, with no family or friend involved.  At least this is what the Co-op is telling us.

The experience of the Churches is that ceremonies surrounding death and burial/cremation can and do bring great comfort.  They bridge the gap between loss and acceptance of the finality of absence.  For Christian believers, they offer a rare moment of intimate contact with the divine through a recognition of our own mortality.

Christians on Ageing thinks that the Churches should have been able to contribute to the Co-op study and, generally, be bold enough to make more of death and restore it to its place in the land of the living. 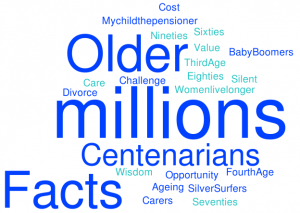